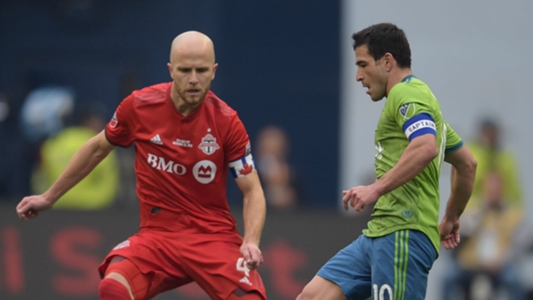 MLS has announced that the league has extended the team training moratorium in the wake of the coronavirus outbreak, although that extension did include lessened restrictions on player movement.

The league announced on March 12 that the league would be suspended to combat the spread of the pandemic, joining leagues all over the world in postponing or cancelling matches due to the coronavirus.

MLS has since confirmed that the league has extended its initial suspension, with the league targeting a return date of May 10.

However, that date is looking more and more unlikely, as communities all over the U.S., and all over the world, work to cope with the virus via self-isolation.

On Wednesday, the league once again took measures to keep teams apart, with the league announcing that teams will not train until April 4 at the earliest.

However, after previously insisting that players stay within their local markets, the league said Wednesday that players can travel by car if approved by the league on a case-by-case basis.

"Major League Soccer has extended the team training moratorium through, and including, Friday, April 3," the league said in a statement, "MLS training facilities remain closed to all players and staff with the exception of players requiring medical treatment or rehabilitation, under the direction of the team medical staff, that cannot be performed from the safety of their residence.

'While MLS players are expected to remain in each club’s respective market, MLS will review individual requests by players to relocate to another market by car, taking into account the totality of a player’s situation.

"MLS will remain in close contact with the Centers for Disease Control and Prevention (CDC) and the Public Health Agency of Canada (PHAC) on this continually evolving situation and provide further updates as they become available."

MLS commissioner Don Garber said on Tuesday that he is hopeful that MLS can still squeeze together a full schedule following a three or four-week training camp once the spread of the virus is controlled.

As a result, the league could play well into December, much like it has in previous years before moving MLS Cup to November in 2019.