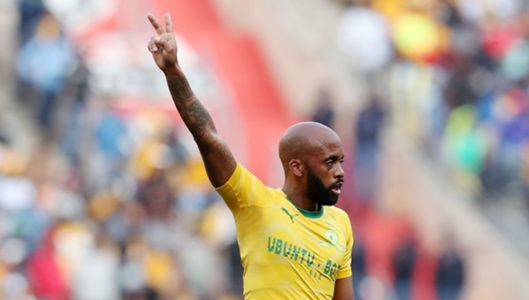 The 31-year-old player is a forgotten man as he has been out nursing a long-term injury since October last year.

Manyisa, whose contract with Masandawana will expire at the end of June 2020, recently returned to training after recovering from a bad Achilles tendon injury.

However, Far Post are reporting that the former Orlando Pirates captain is most likely to leave the Chlookorp-based giants when his contract expires.

“Ace’s contract expires at the end of June and it’s highly unlikely that the club would renew the contract,” the source said on Thursday.

Manyisa has struggled to cement his place in the Masandawana's starting line-up since he joined the club in a big transfer from Pirates in July 2017.

The box-to-box midfielder is yet to feature for Sundowns in the PSL this season, but he featured in two Caf Champions League matches.

Sundowns recently extended Kekana's contract with the club and the Tshwane have also signed Kaizer Chiefs central midfielder George Maluleka on a pre-contract.

The arrival of Maluleka could mean the end of Manyisa's stay at Masandawana.