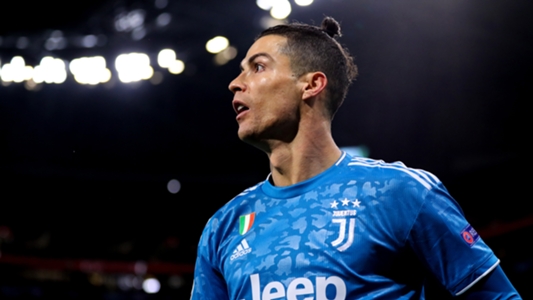 Despite now being an NBA star in his own right, Dallas Mavericks' Luka Doncic has revealed that he was left speechless when he got to meet Cristiano Ronaldo as a teenager.

Prior to moving to Dallas, the Slovenian began his senior basketball career with Real Madrid where his love of the football club and their main star at the time was able to grow.

With Ronaldo quickly becoming his favourite football player, Doncic was able to rub shoulders with the now-Juventus attacker when Real Madrid's respective sporting teams met up over the holidays.

But the now 21-year-old concedes he was star-struck and was unable to fulfill his dream of asking to drive one of Ronaldo's many cars.

"He [Ronaldo] came here when I was 13. That was seven years ago. We'd do like Christmas dinner with everybody - soccer player, basketball players. I was sitting with him at the table.

"I was like 16 when I met him and I was so nervous. I couldn't even talk so I didn't ask anything.

"One thing I wanted to, you know, always was to drive one of his cars. He has so many cars. Amazing car collection. I love cars."

Before focusing solely on basketball, Doncic confirmed he played football for four or five years and was primarily used as a striker with the Slovenian even comparing himself to Swedish star Zlatan Ibrahimovic.

Leganes midfielder Oscar Arnaiz, currently on loan from Real Madrid, recently revealed that Doncic wasn't afraid to try his hand with Madrid's football team while he was still based in Spain.

"Yeah, he used to try to play football with us," Oscar was quoted by Bleacher Report.

"He wasn't as good as he is at basketball, but he could hold his own. He could do the basics. He wasn't too bad, really.

"He loved football, but what he preferred above all was to watch it. He loved the game."

Prior to the suspension of La Liga due to the coronavirus pandemic, Real Madrid were sitting second in the table - two points shy of leaders and rivals Barcelona.